Dr. Daniel King is a missionary evangelist who has traveled to over seventy nations in his quest for souls. His goal is to lead 1,000,000 people to Jesus every year through massive Gospel Festivals, distribution of literature, and leadership training.


Because of his experience and research on evangelism, he is widely regarded as one of the world’s leading experts in mass evangelism.

Daniel is available to speak at your conferences, missions meetings, or church.

Click below if you want to invite Daniel to speak at your church or event.

Daniel King in the News

Daniel King’s Story Featured in the

Can a Nation be Saved in a Day?

When 10% of a City Prays for Salvation 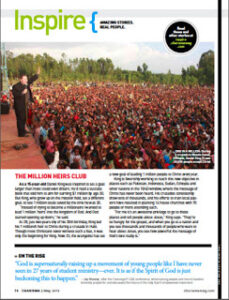 Miracles Invite You to the Banquet of Heaven

Daniel King’s Articles Featured with the Global Network of Evangelists

Pride and the Evangelist

12 Tips for an Effective Invitation

How to Work with an Interpreter

The Importance of Community for Evangelists

Lessons from the Life of Philip the Evangelist

The Call of the Evangelist

Dr. Daniel King has been seen on various Television Networks like:

Interview with Mike Signorelli “Help My Family Member is an Atheist”