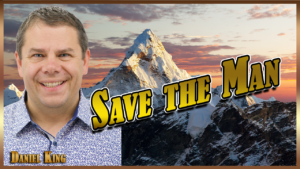 On May 29, 1953 Edmond Hillary became the first human in history to reach the peak of Mount Everest, the tallest mountain in the world. His achievement stands as one of the great accomplishments of mankind.

But controversy erupted in May of 2006 by others who dreamed of conquering the summit. Climbers who wanted to reach the top passed a mountaineer who was dying on the trail. Instead of stopping to save his life, they chose to pass him by so their dreams would be fulfilled. As an old man, when Sir Edmond Hillary was asked what he would have done in the same situation, He said forcefully, “Save the man!” Faced with the risk of losing a great achievement in order to save a man’s life, he chose the way of compassion.

When Peter, James, and John wanted to stay on top of the Mount of Transfiguration, Jesus knew there was a demon-possessed boy who was waiting to be healed. Jesus left the mountaintop to go “save the man!”

Would you be willing to lose a “mountain-top experience” in order to save someone’s life? Sometimes it requires great sacrifice to save someone’s life, but I believe it is always worthwhile. This is why I am so thankful for your sacrificial giving…because of your gifts, we are able to “save the man.”

This is why we go to the nations! Our goal is to “save the man!” Thank you for helping us save souls around the world.