The Story of Wilnack in Haiti 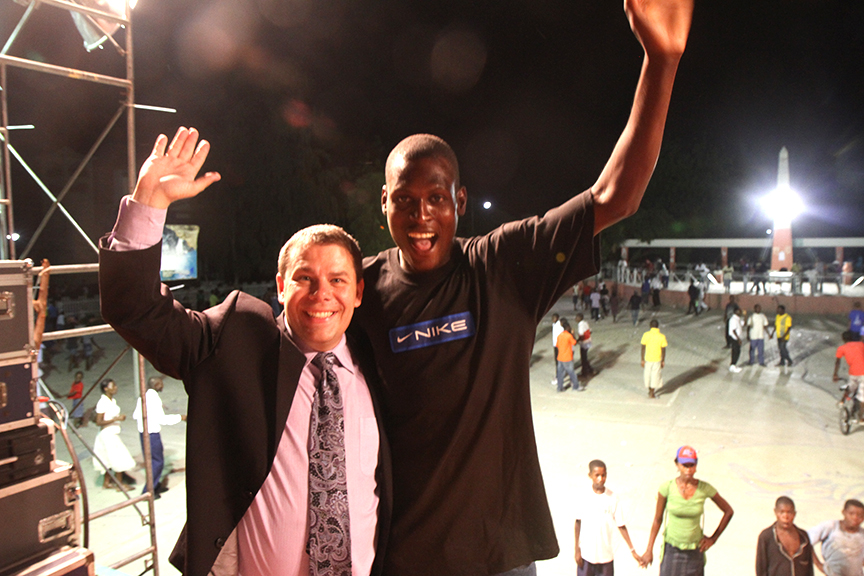 In January of 2010, Haiti suffered from an earthquake; but during our Gospel Festival, Haiti experienced a spiritual earthquake. We traveled with a team of twenty-seven Bible school students to the Caribbean nation for a massive Gospel Festival. Our ministry impacted thousands of lives in Kawdé Bouké, a suburb of Port-au-Prince. In addition to conducting a five-day crusade, our team visited orphanages, poverty-stricken villages, and conducted a women’s conference, a pastor’s conference, a Kid’s Fest, and a healing conference.

Thousands of people made a commitment to live for Jesus. One life that was changed is a twenty-seven-year-old man named Wilnack Saint-Fort. One month before the Gospel Festival he saw team members putting up posters around the city. He asked if he could help. At first, the team refused his help because he was obviously drunk.

Something about the team’s attitude attracted the young man. Every day for a month he followed them. After several days of building a relationship, they allowed him to pass out flyers and glue posters to the walls. After the festival platform was built, Wilnack volunteered to sleep under the platform to help guard the sound equipment.

He said, “One night I dreamed a dream. In my dream, I was in a beautiful place and I saw many beautiful houses. I saw a man in a white robe walk toward me and just as He opened His mouth to speak to me, I woke up. I knew that Man was Jesus and so I decided to live my life for Him.” On the second night of the Gospel Festival, Wilnack gave his life to the Lord. When he heard the question, “Do you want Jesus to forgive your sins?” he responded by raising his hand. He prayed the prayer of salvation and Jesus became his Lord and Savior. He plans to attend a branch of Victory Bible Institute that is being planted in his neighborhood.

Can you help us make an eternal difference?

This story is One in a Million! The goal of King Ministries is to lead one million people to Jesus every year. We can not accomplish this goal without your help. Would you give a monthly gift to help us rescue people from hell? Even a gift of $1 a month would be a huge help.

Over the course of our twenty years of ministry, we have found it takes an average cost of $1 for every person we have lead to Jesus. In order to do large evangelistic outreaches, we need to rent a platform, sound system, and advertise the event. Plus we give away thousands of free books and Bibles to help disciple the new believers.

The Bible says that all of heaven rejoices when one sinner gets saved, so for only $1 a month, you can be responsible for starting a party in heaven every single month. Click here to become a monthly partner with us today.